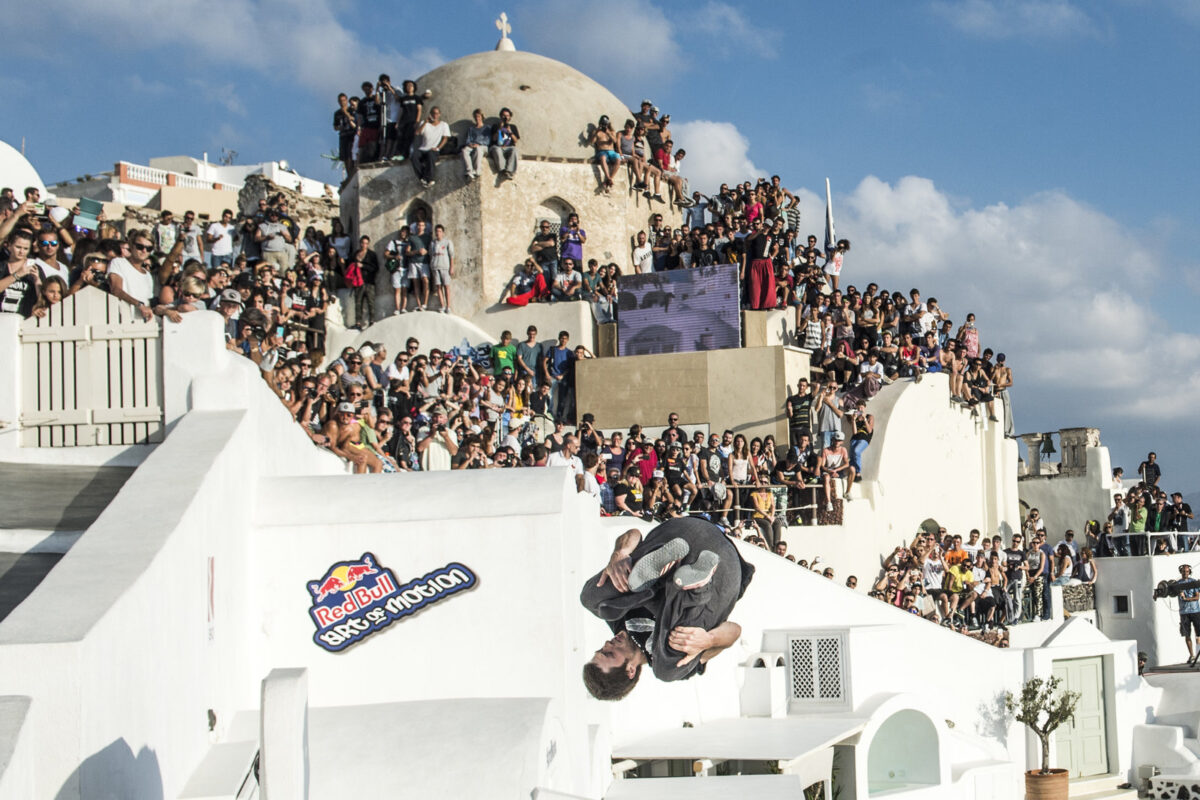 An international free style running competition ‘Parkour’ Event on Santorini island Greece The idyllic Santorini island offers to its visitors an amazing experience with breathtaking views, picturesque blue domes and white house’s hanging on the cliffs of its beautiful caldera. This unique architecture made the Greek island of Santorini the ideal natural spot for a […]

The most popular Greek singer Anna Vissi impressed visitors during her concert at OAKA stadium. The concert was held for backing the athletic departments of the club and for supporting the campaign against AIDS. Andreas Mikroutsikos presented the whole event while along with Anna Vissi, singers George Sampanis and Vera Mpoufi took part at the […] 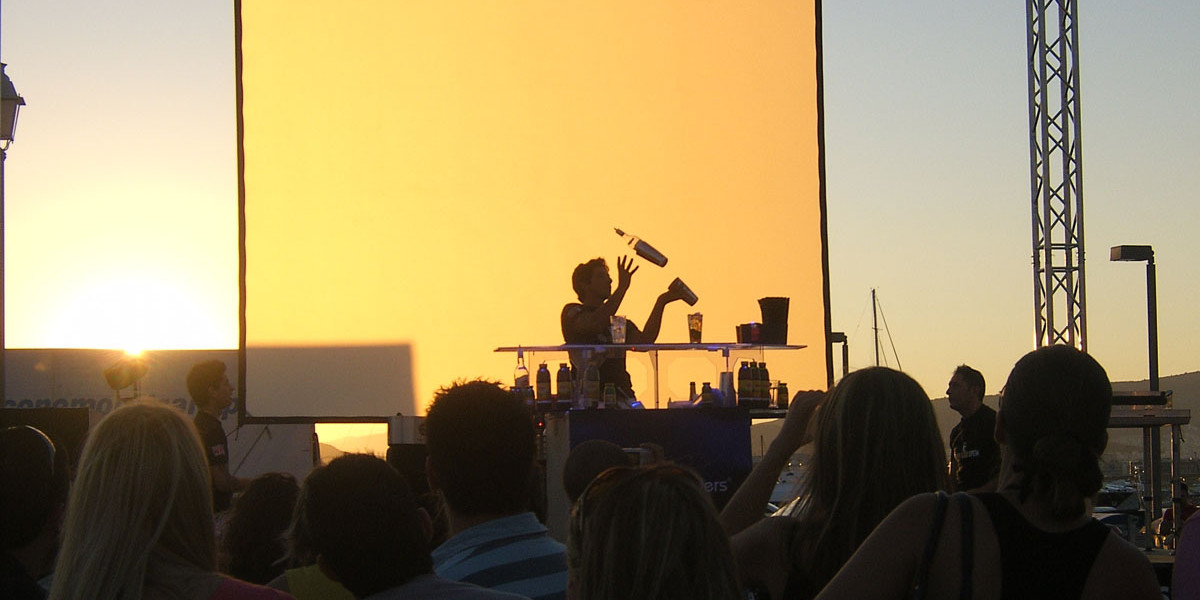 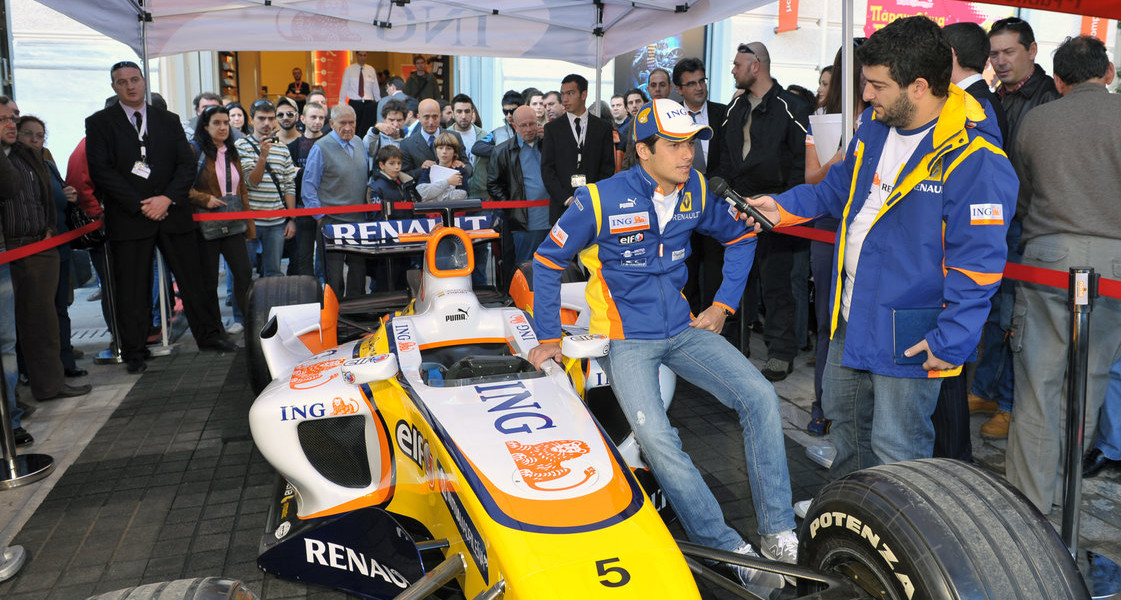 Glyfada, Syntagma, Kifisia, Thessaloniki, 4 simulators, an F1 racing car 29 of ING Renault F1 Team and Nelson Piquet Junior at a unique ‘F1 Roadshow stop’ event of the company ING in Greece. For a second time our company undertook the introduction of a Formula 1 racing car in our country, following the Sauber Petronas […] 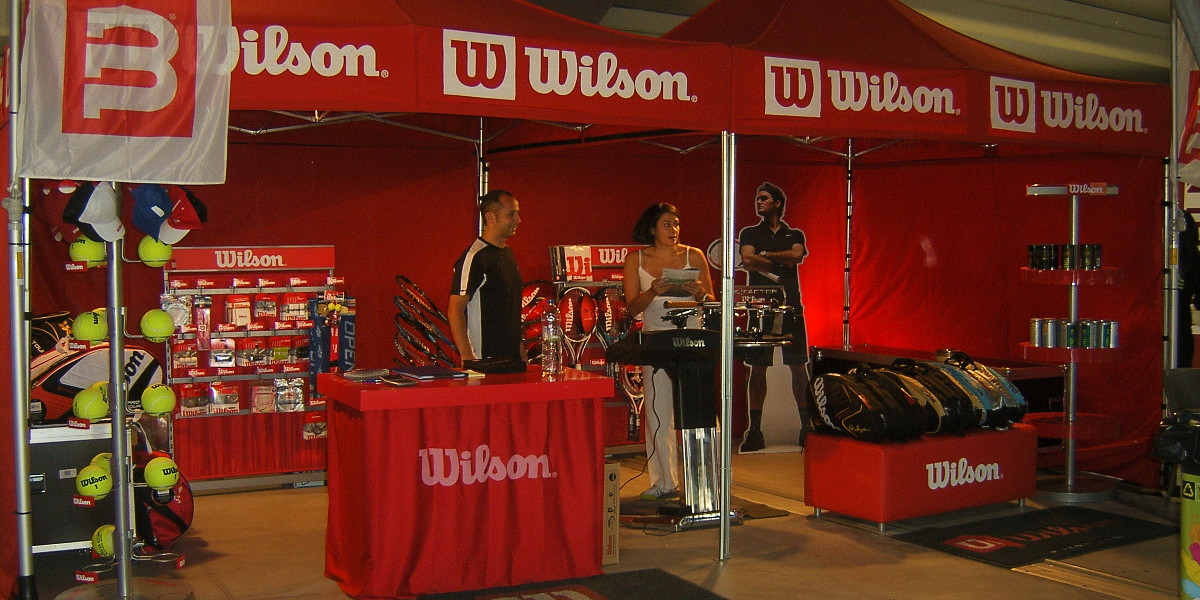 A beautiful athletic village was ‘built’ just for a few days at the Olympic Stadium of Tennis for Vogue Athens Open – International Tennis Tournament 2009 in Greece. Well known athletic companies such as Wilson, Fila, Intersport, Prince but also others International and local such as Heineken, Cosmote, Gillette, Peugeot, Biotherm, Vari Sports Club, National […] 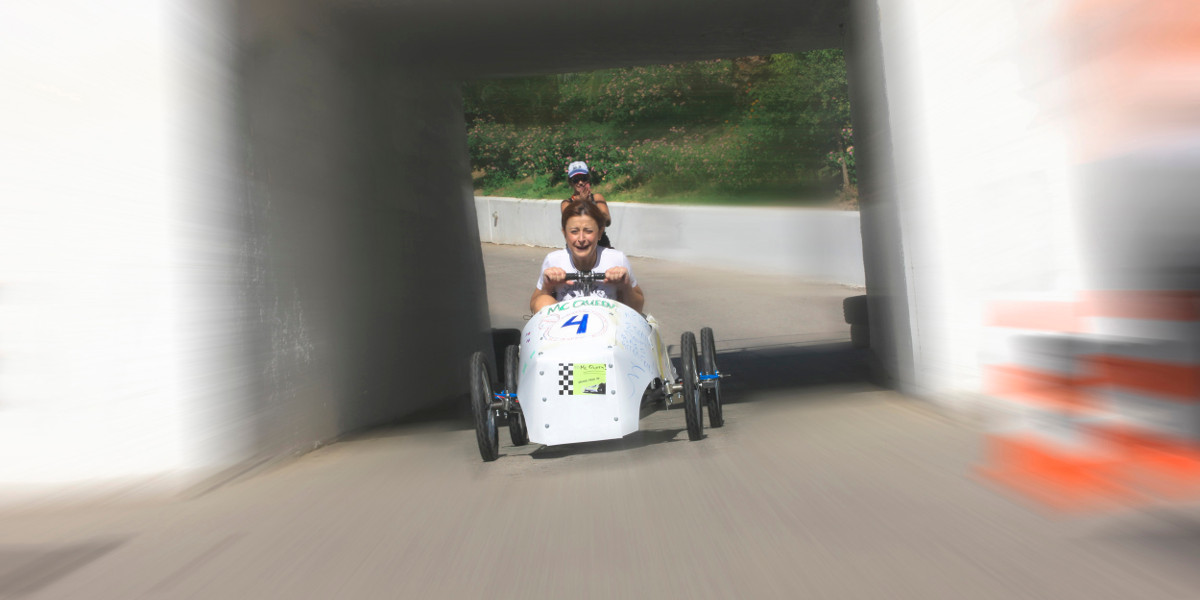 A very creative team building event for the employees of the insurance company European Reliance General Insurance. With all their creativity, playfulness and excitement based always on team working and a concerted approach, employees participated in a Grand Prix rally with self-constructed super funny 4-wheel cars. A very creative, innovative & team play, team building […] 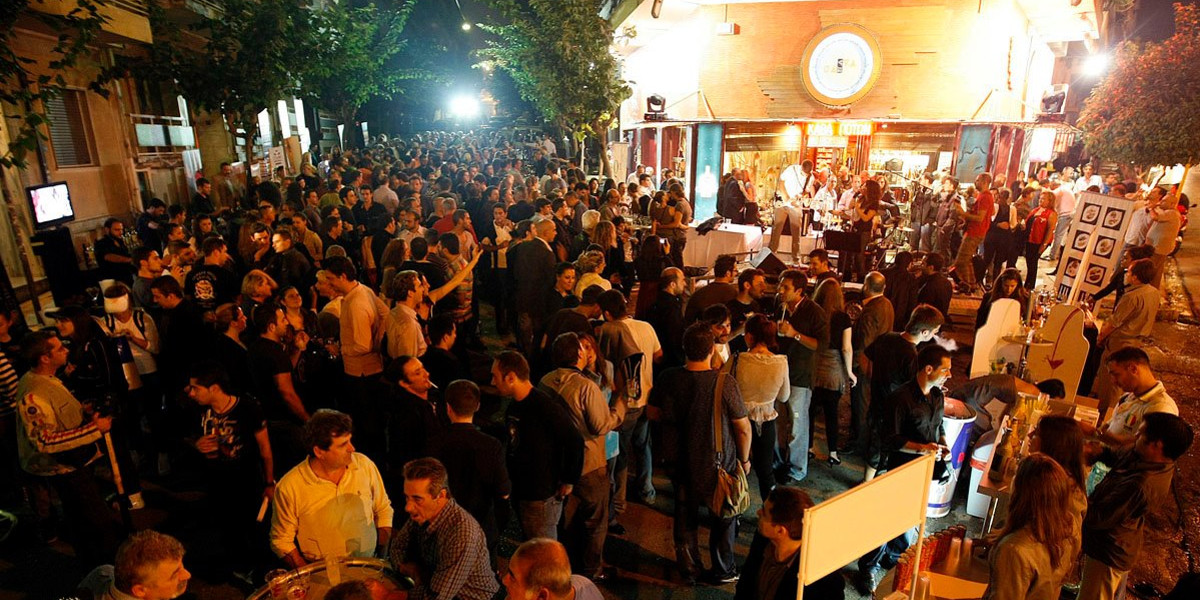 In 2005 Efikton Events transformed the birthday celebration of the popular liquor store Cava Canava in the heart of Athens, (Efroniou & Diocharous street) into the biggest and most popular street event of Athens. Cava Canava Yearly Event (2005-2019) is until today an annual meeting for entertainment, wine and drink tasting as well as gastronomic […] 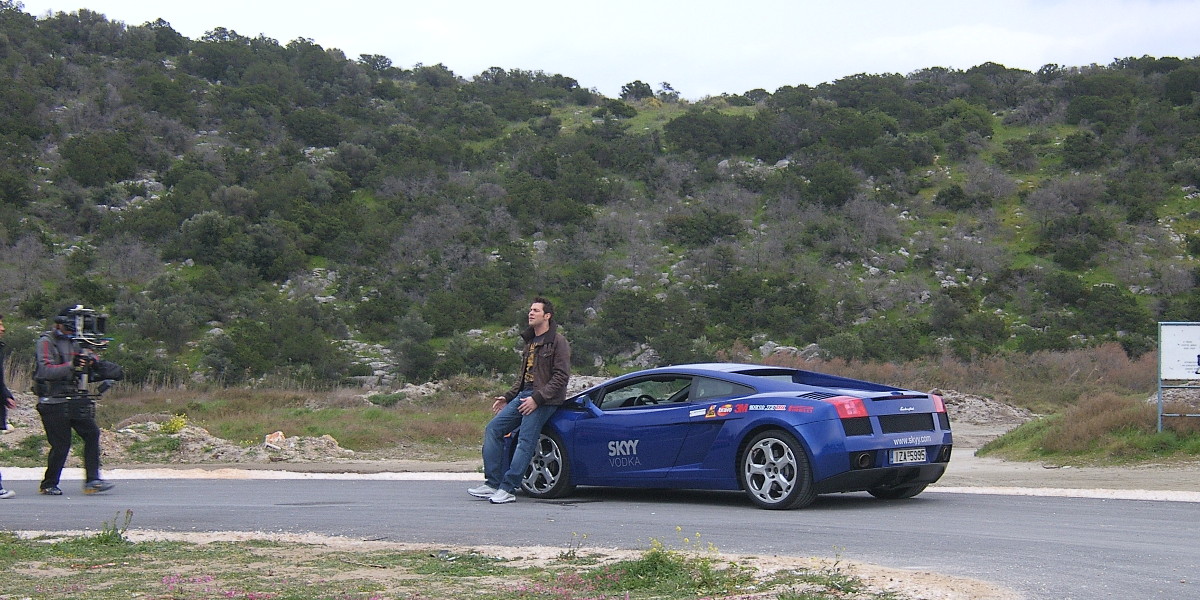 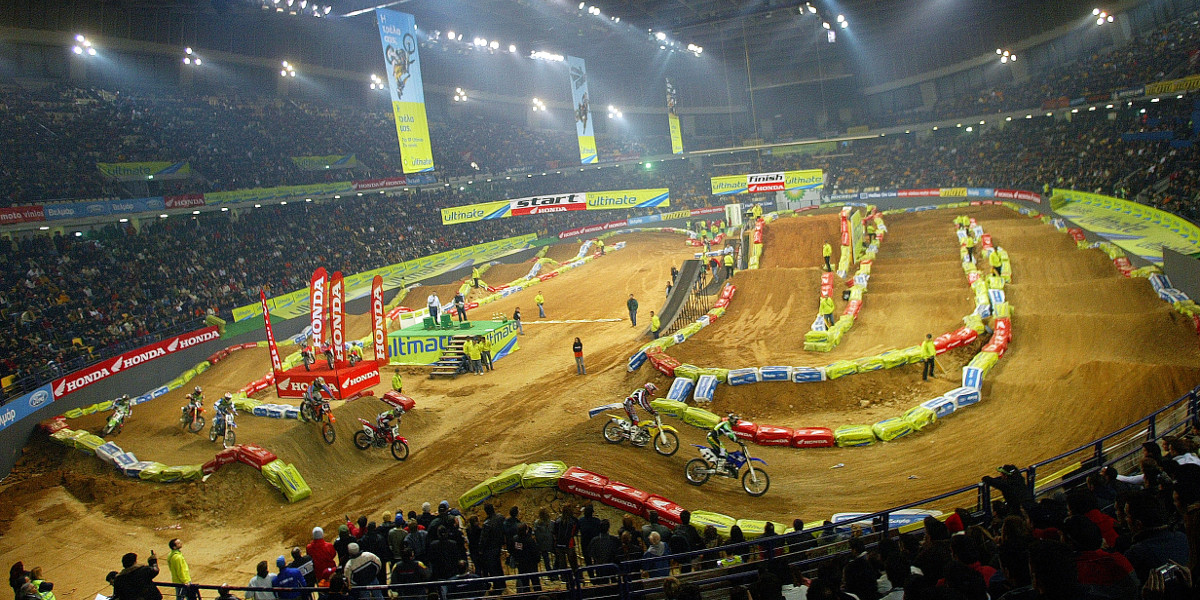 Athens supercross 2005 was held at the Olympic Stadium of Athens O.A.K.A. on the 19th & 20th of February. The event offered to its guests a spectacle show with live back flips from both Greek and International riders during the Jump Show. During the Jump Show guest stars were the freestylers Jeff Tilton from the […]