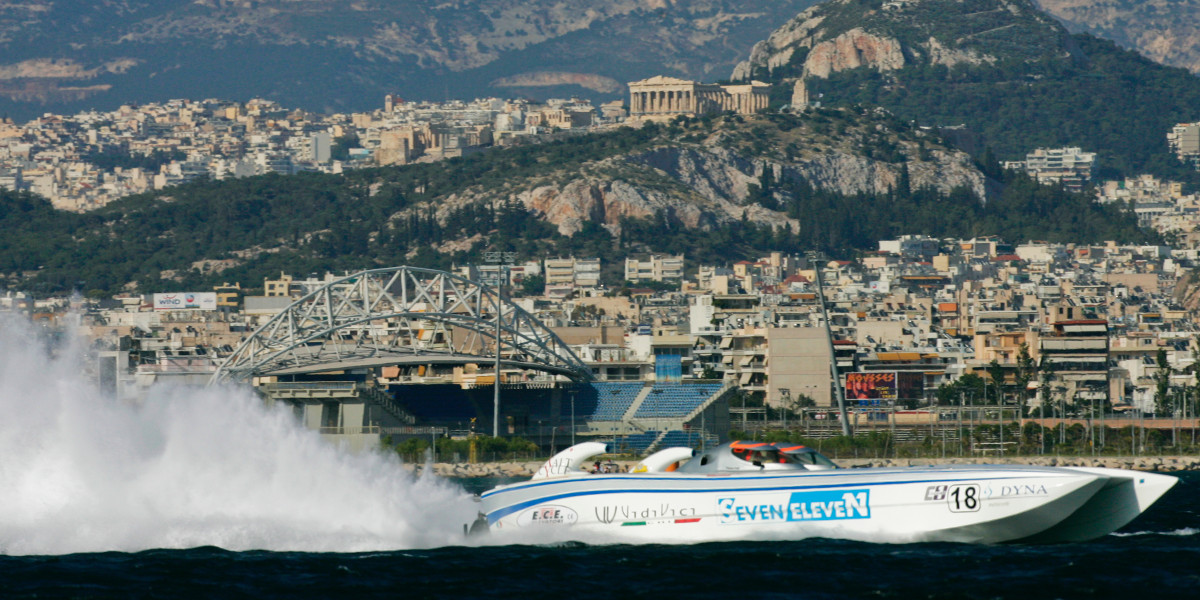 10th of June 2007 Palaio Faliro Athens and thousand of people filled up the beach of the sea side of the area for an one of a kind event.

Ten super high speed Powerboats started up their engines for an outstanding yet unique for Greece International event which proves that Greece was now a part of the international Grand Prix Class 1. 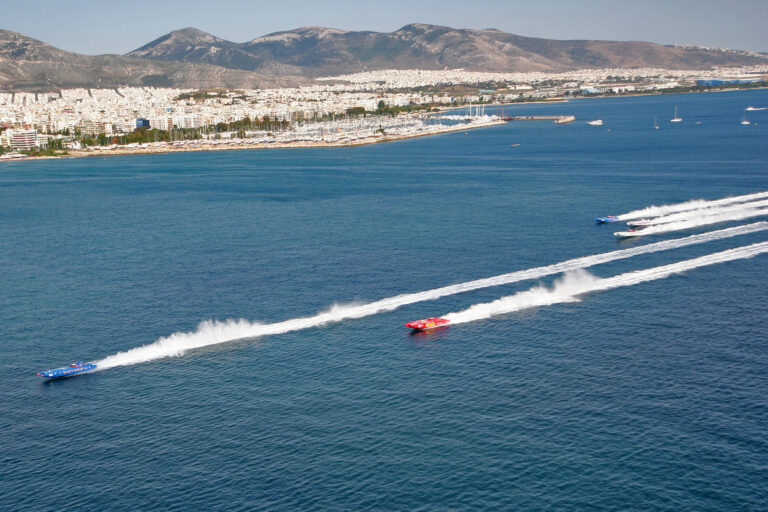 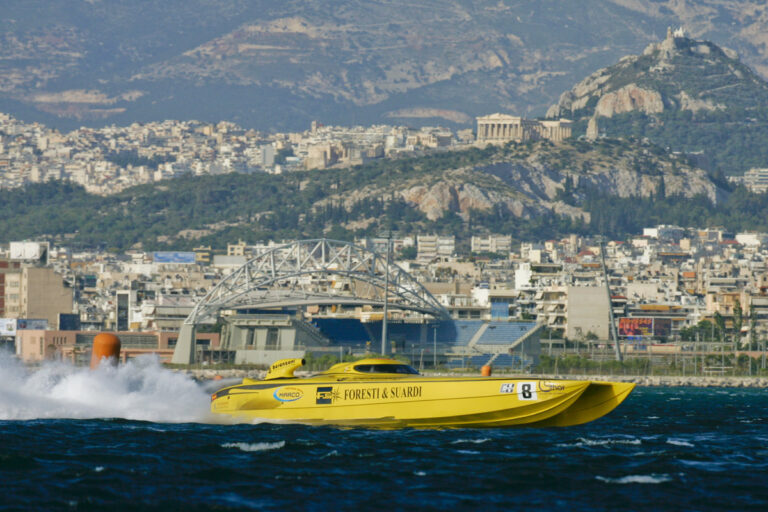 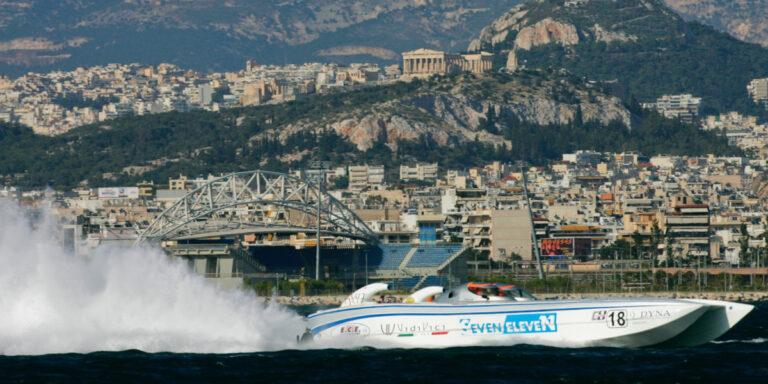 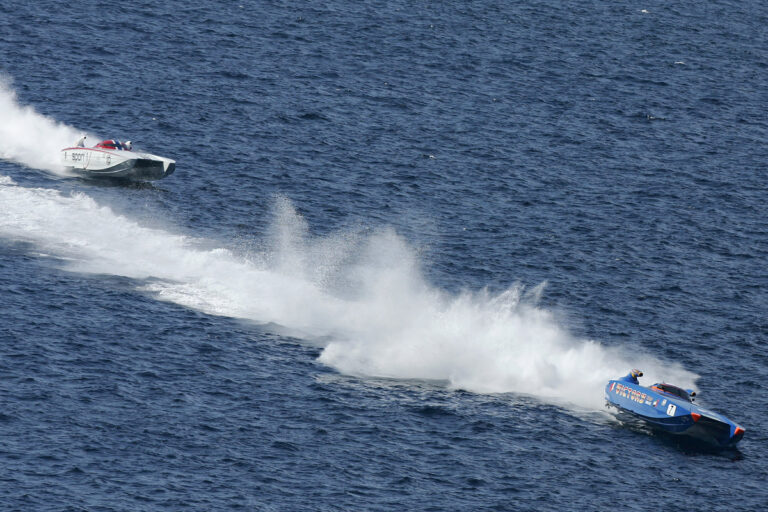 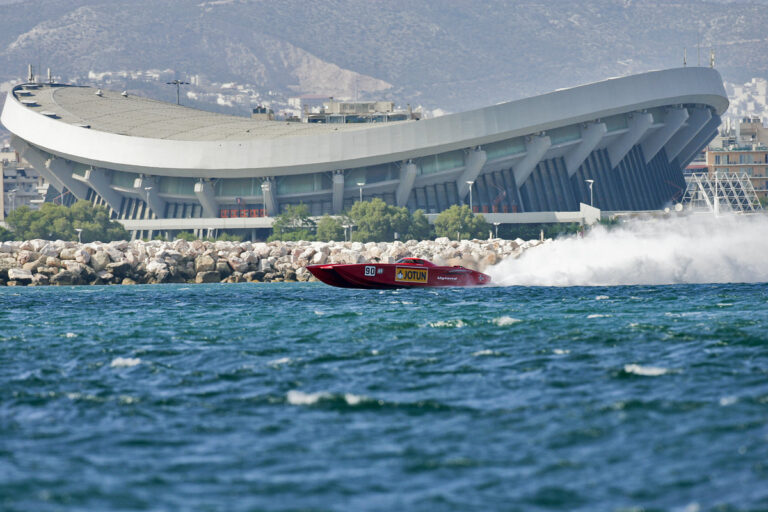 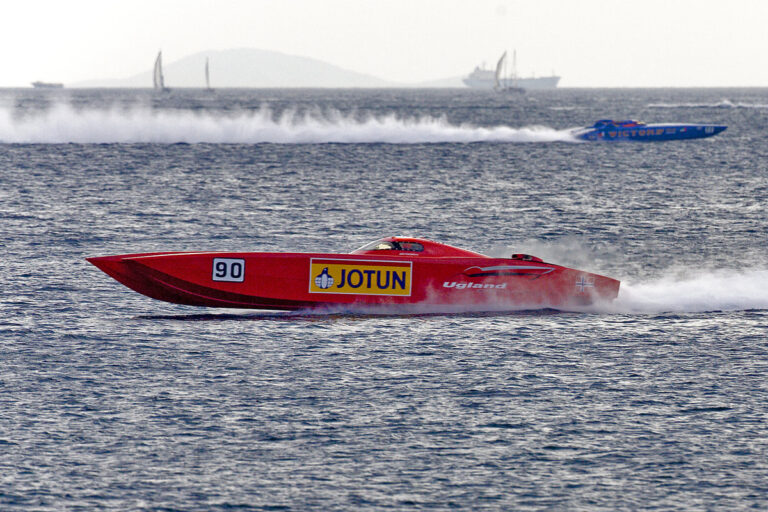 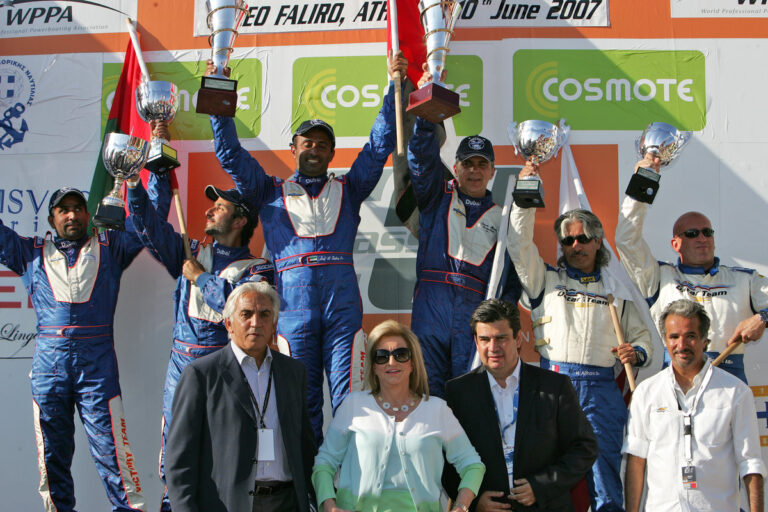 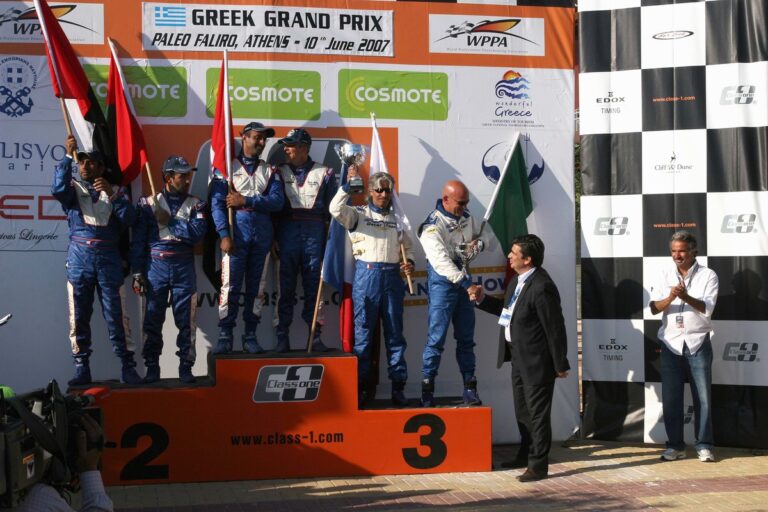 Minister Mrs. Fani-Pali Petralia offered the trophy to the first winer while the Mayor of Palaio Faliro took also a part of the award ceremony.